A 501(c)(3) serving those in need by providing free medical services for women and children, and the community at large, with goods from its resale store.

Lauren: That night in the air I just had the worst feeling.

911 Caller: I need an ambulance immediately. A girl just walked into an airplane propeller.

Lauren: God you’re in control, I pray that you protect me. When you’ve been through something so difficult, it almost seems like it’s someone else’s story. Because you are just living your life and you are progressing through it, but it just doesn’t feel real. Like sometimes I’m like, “Wait. What! This is like, the craziest story.” If I really just sit back and think about it. We went to our good friends house, which is on a little airport, north of our house in Plano. And so, someone was like, “Who wants to go look at Christmas lights?” And I’m very adventurous and I had gone flying a few times, and I was like, “Id love to!” And so, I went up first, and I just had the worst feeling, like something is about to happen and I don’t know what it is. I just remember very clearly, like gripping really tightly onto this seat, and just praying and I was like, “God you’re in control of my life, I pray that you protect me.” So we land and I’m still just feeling like somethings not right.

Voiceover Woman: In the dark of night, with the engine still running, 22 year old Lauren Scruggs exited the plane.

911 Caller: A girl walked into an airplane propeller. I need an ambulance immediately.

Dispatcher: Ok, was it moving when it happened to her?

Voiceover Woman: Barley conscious, Lauren was medevacked to a trauma center where teams of specialists worked around the clock to save her life. Preforming six different surgeries on her hand, shoulder, face, and eye.

Lauren: I had a traumatic brain injury. I was hit through part of the head.

Voiceover Woman: Surgeons installed plates under the skin above and below her eye where her facial bones had been crushed, and removed fragments of her skull lodged in her brain.

Lauren: A lot of people even asked me like, “Isn’t it so crazy that you were so close to death?”

Voiceover Woman: Doctors managed to stabilize Lauren’s condition, but told her parents she might never regain her full mental capacity.

Julia Farbman (Interviewer): You heard people’s accounts of what happened that night. Was it hard to hear what actually went down?

Lauren: I don’t remember the traumatic part. I just woke up with the outcome and that was more shocking to me. So I was actually hit in the eye, which I didn’t lose initially. They were trying to save it for about two weeks. So they removed that and the loss of my left had was just immediate.

Julia: Do you feel like you ever lost faith in any of this?

Lauren: I feel like my relationship with God grew to a much deeper level during that time because nothing else was sufficient.

Lauren Scruggs Kennedy will be the keynote speaker at our Spring Luncheon and Boutique on April 8, 2019. We hope you’ll join us. 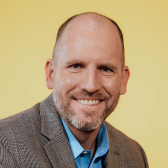 View all posts by john@platformcreator.com »